Anticipation for the debut album release of popular gospel music artist Rozey has been in the highest gear for many months coming, but it has truly been worth the wait because this anticipated album just dropped today 21st December 2018. Yes it is out and available, for grabs from online stores everywhere.

In the near months to this release, Rozey and her team #Spiritualbeatz had increased the hype in preparation with the free release of two songs from the album; “You Alone (Featuring ADA)” and “Overflow” and from last week, they unveiled the list of featured artists on the album which included a long lineup of amazing artist featured in this album.

They have brought us to the high-point which is the release of the debut album “Enthroned” and following along since it began, we think its been a good road to the album and we are glad to see it out and selling in stores online.

You can get the album on the link below 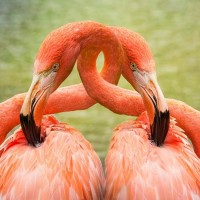