Blessing Austin Eduviere popularly known as Austin Rock is a spirit filled, talented singer and a song writer with a unique style in Gospel rock. A member of Loveworld nation also known as Christ Embassy and also a member of LoveWorld Music and Art Ministry. The development of his unique style is as a result of an early musical influence from his home church choir and musical training At Shalom music academy in Lagos, Nigeria.

Born on the 4th of May, 1992, in Warri, Delta state, Nigeria.5th in a family of eight.
Moved to Lagos for his secondary and tertiary education where he developed his musical tastes and interests in Alternative Rock music.

After realising that making music to influence lives for the Gospel was his purpose, he began to organise concerts in school and also got invitation to minister in some notable platforms in Lagos.
Austin Rock is now preparing to release his debut song ‘Light of the World’, which underlies who Christians are and their responsibility in this world.

The songs provide a combination of Rock ‘n’ Rap featuring Kano-Based LoveWorld award winning Rapper and song writer, Rap OJC aka Rhema and produced by Dr sirMe.
Other changes that have affected and influenced the song is the declaration of 2019 by the man of God Pastor Christ Oyakhilome as the year of lights.
With great anticipation, fans spreading across Nigeria awaits eagerly for their first chance to listen to his first song. 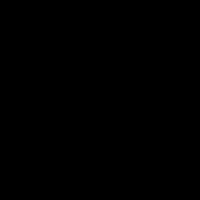 Kehinde Amure Author
Sorry! The Author has not filled his profile.
email
amurekehinde@gmail.com
×